Press enter to begin your search

At Dentist on THE ROCK 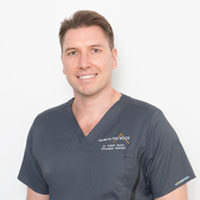 Dr Adam has become a highly experienced and motivated clinician by increasing his knowledge and experience in postgraduate education for many years. He has a special interest in restorative and aesthetic dentistry and implantology.

In June 2019, Adam was appointed Professor of Digital Dentistry at the College of Medicine and Dentistry in Birmingham. As well as his clinic in Bury, Manchester, he will head up the integration of Digital technologies in the various departments. Adam is also the President of the International Digital Dental Academy, an association of Dentist and Technicians to educate and share knowledge with cutting edge technologies, which he co-founded in 2016. He also lectures and teaches courses worldwide with his knowledge in the field.

QUALIFICATIONS
He qualified from The University of Leeds in 2006 and spent several years in general practice before opening the Dentist On THE ROCK clinic. His postgraduate studies saw him traverse the United Kingdom and Europe over several years. In 2013 he completed a Master of Science degree in Aesthetic and Restorative Dentistry from the University of Manchester, achieving a Distinction at the head of his class. Dr Adam has been on advanced implant courses with the ITI, Straumann, Planmecca and others, to be able to provide implants on a referral basis and now teaches other dentists.

TEACHER/LECTURER
In addition to teaching nearby dentists to advance their careers by placing restorations on implants, Dr Adam helps to teach on the Restorative and Aesthetics Masters programme that he himself completed in 2013.

AWARDS
Professor Adam Nulty has been shortlisted, finalist and winner of several industry awards, from Best Young Dentist 2013,2014 & 2015 to Best Dental Team and Best Oral Health Promoter 2014 &2015. The most prestigious of these have been both local and nationwide. In 2014 Dr Adam won the Made in Bury 2014 Best Health & Beauty Provider for the Bury and Bolton areas and in 2015 he won two categories in the Aesthetic Dental Awards for Removable Orthodontic Appliance and for a Patient Choice Facial Aesthetics Case. The finest achievement was winning Best Young Dentist 2015 (NW) in the Dentistry Awards 2015. 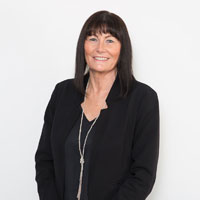 Adele has worked in dentistry for over 35 years and has managed several large NHS practices. Adele has previously worked for the North Western Deanery as a Dental Facilitator, this involved going into local dental practices, offering them support in training and organising CPD events as well as training for the whole dental team. The knowledge gained during her years in the dental industry has given her a very good understanding of the operational needs of a dental practice, practice management and inflection control. As well as obtaining the National Dental Nursing Qualification, Adele also holds the NVQ Assessor (A1) qualification and has the ability to assess Dental Nurses. She also has a post qualification in Conscious Sedation. Adele joined the team in 2018 and keeps the practice running in award winning shape. 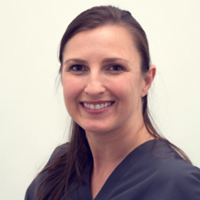 Linda is a registered dental hygienist and therapist and is currently working in three of the very best dental practices in the north of Manchester, including ours.

After completing A levels, she started a career in dentistry in 1997 as a dental nurse and oral health promoter. She quickly progressed onto taking a degree course at the University of Manchester where she qualified in 2004.

Since graduating, she has been working in general dental practice. As a hygienist, she loves helping patients by treating and maintaining a healthy smile. She has a good rapport with patients, and completes the team as an excellent and thorough hygiene therapist.

Linda keeps up to date with the latest techniques on how to treat gum disease and help nervous patients develop the confidence to have dental treatment. Patients are offered a needle-free injection prior to scaling as one of those techniques. Most cases vary from complex periodontal cases to regular monthly maintenance. 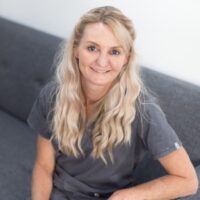 Jayne is our head nurse. She has a wealth of experience from working across the country and in the British Army. Jayne is a very friendly and caring person who always drums up a good rapport with our patients to put their mind at ease. Jayne has also qualified as an NEBDN IR(ME)R Operator in Radiography where she works under prescription of the dentist to take intraoral and extraoral radiographs of the patients. 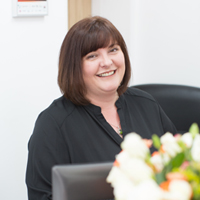 Janine is our head of reception. Dr Nulty has had the pleasure of knowing Janine for nearly thirty years and has worked with her for nearly ten years before starting Dentist On THE ROCK. Janine is the friendly face you meet when you first step into the practice, who always does her best to not only keep reception running smoothly, but to make sure the patients’ appointments and needs are met quickly. 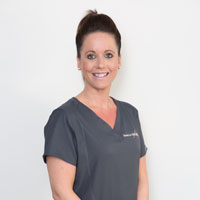 Emma is our head decontamination nurse, but also works in surgery with Dr Nulty, and has done for many years. Just as with Janine and Jayne, Emma is fully-trained to nurse with implant placement and complex surgical procedures. Emma’s drive and enthusiasm are second to none and she helps bring all of our staff together as a team. 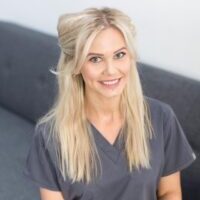 Nat joined the team in 2017. She qualified as a dental nurse in 2004 and gained experience working in general practice and also in out-of-hours clinics. She has a special interest in orthodontics, aesthetic dentistry and has an impressive list of courses and CPD events under her belt.

Nat helps our practice to continue to strive to help nervous patients overcome their worries by being another friendly, approachable and caring member of our team. 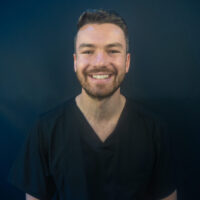 Jack received his Bachelor of Dental Surgery (BDS) at Newcastle University in 2015 and as well as Part 1 of the Membership of the Joint Dental Faculties (MJDF) of the Royal College of Surgeons in London. Since qualifying, he has worked in a busy NHS practice, covering all aspects of general dentistry, and recently in a private practice, providing advanced dentistry services. Jack has won an award for clinical excellence in pediatric dentistry and was recently a finalist for Best Young Dentist North East in the Dentistry Awards 2017!

In addition to masterclasses in facial aesthetics and advanced occlusion, Jack has trained on our Digital Dental Academy course. His ethos of wanting to advance himself in the ever-evolving digital dental world is in sync with our practice values and we’re delighted that he will be treating patients at Dentist On THE ROCK with these skills in hand, to deliver excellent patient care. Jack has a caring and personable nature, always putting patients’ interests first, and we’re sure he’ll be a popular addition to our team – with staff and patients alike! 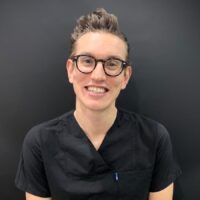 Hudson completed his Bachelor of Dental Surgery at Newcastle University, graduating in 2015 with honours. Hudson’s achievements were recognised with several awards, including the Septodont Oral Surgery prize and the James Coltman Medal for his case work in restorative dentistry. Hudson has worked in both general dental practice as well as a hospital environment, gaining knowledge in all aspects of Oral and Maxillofacial Surgery at Royal Derby Hospital and the Countess of Chester Hospital. Following this, Hudson worked at Liverpool University Dental Hospital, gaining further experience in oral surgery, special care, and restorative dental clinics. During his as a Dental Core Trainee, Hudson completed a certificate in IV sedation, as well as The Diploma of Membership of the Faculty of Dental Surgery examinations with Royal College of Physicians and Surgeons, Glasgow. Hudson’s next challenge is mastering the world of Implantology, and is excited to start his implant career with multi-system implant post graduate certificate. Hudson enjoys socialising with friends as well as travelling, having most recently returned from travelling Asia to join Dentist ON THE ROCK. 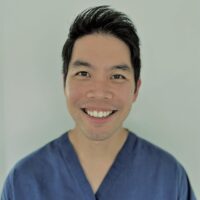 Jason graduated with his Bachelor of Dental Surgery degree at the University of Manchester in 2010. He went on to develop his skills in primary and secondary care dentistry; in general practice and as a Senior House Officer in Oral Maxillofacial Surgery in the Pennine Acute Trust working across five hospital sites. He continued working in NHS dentistry for 9 years before focussing fully now on private practice. Over this time he completed the The Diploma of Membership of the Faculty of Dental Surgery (MFDS) of The Royal College of Surgeons of Edinburgh and has developed his skills in short term orthodontics (STO) and completed a certificate in Implant Dentistry, progressing to Masters Level in Dental Implantology with Merit. He still enjoys all aspects of Dentistry and he is still keen to progress and advance himself, to learn more about modern techniques and materials and improve the services he can for his patients. A keen family man, he loves his sports and is a very passionate Manchester United fan. 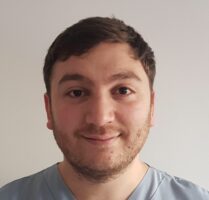 Baris has a worked in NHS and private practices where he gained experience in treating patients from a variety of backgrounds with a varying complexity of treatments. Baris has continued to develop his skills by undertaking further training in advanced cosmetic and aesthetic restorative dentistry in London, as well as Invisalign and facial aesthetics.

Baris’ calming nature reflects onto his patients and he is always happy to go the extra mile to ensure his patients feel as relaxed and comfortable as possible. Baris enjoys getting to know his patients and giving them the smile they are proud of.

Outside of dentistry, Baris enjoys travelling, diving, watching football, camping and playing guitar. He is a big foodie. He loves cooking and visiting new restaurants to explore new tastes.

Fun fact- Baris is our balloon dentist! He makes balloon animals for our anxious and nervous patients.

-Gap replacement with bridges and dentures 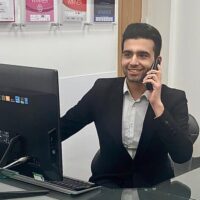 Craig joined team Rock as our Dental Receptionist. Craig is passionate about accommodating the needs of our patients to the highest standards. Having previously worked in private and national health practices, his experience and commitment to continued learning is exemplary for our front desk. If you have any questions or concerns, please do not hesitate to contact our friendly reception team. 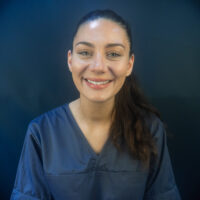 CLICK HERE to book an appointment or send us a message

Fill out my online form.